Photos!!! Live at the Middle East in Cambridge, MA!!!

Here's a link to check out some photos by SKMDC from a show May of 2017 at The Middle East in Cambridge, MA featuring Jimmy Dias, Vanessa Silberman, Carissa Johnson and Roger Knight...

Tune into WXCI 91.7 West Conn Radio 'Music in Your Shoes'

THIS MONDAY NIGHT, AUG 7TH TUNE INTO WXCI 91.7 West Conn Radio 'Music in Your Shoes', 8-10pm ET TO HEAR MYSELF, Jimmy Dias OF The Love Dimension & Carissa Johnson FROM OUR PERFORMANCE & INTERVIEW WE DID BACK IN MAY W/ DJ AC & Cool J!

The Love Dimension: That name alone conjures up the late 1960s, when the most far-out music was coming out of the Haight-Ashbury district and was best experienced on an, ahem, alternate plane. No surprise, then, that this psych-rock collective is originally from San Francisco, and their fuzzed-out sound harkens back to some of the Bay Area’s most famous psychedelic groups: Jefferson Airplane, Moby Grape, the Grateful Dead. Founded by frontman Jimmy L. Dias, who’s backed by a constantly rotating roster of musicians — some shows feature only a few members; others will boast a dozen or so — the Love Dimension is more than just a throwback act, as elements of ’90s alt-rock and contemporary electronica sneak their way into the music. Fans of the Brian Jonestown Massacre should be in heaven.

Vanessa Silberman has played more than 250 shows in the last 18 months. She plays Front of House Lounge Tuesday.

Los Angeles-based independent alt-rocker Vanessa Silberman has lived on the road for more than a year-and-a-half. She teamed up with Jimmy Dias of San Francisco’s psych/surf rock outfit The Love Dimension for a summer tour as a co-headlining two-piece. Silberman returns to Springfield for the fourth time since 2005, Tuesday at Front of House Lounge.

417: Have you really played around 250 shows in the last 18 months? What keeps you going on the road?

Vanessa Silberman: I love it. Music is so fulfilling. I’ve been out consecutively since January, so it’s pushing more like 260 or 270 [gigs] at this point, not including the double-duty of backing each other. Me and Jimmy started this tour at the end of March. In LA, I had an amazing job at a recording studio, but I really wanted to take a chance with touring and being an artist. I got to work with some of my heroes who I grew up listening to, but at the end of the day I wanted to take a chance on myself. I can sit behind a console later in life.

417: Do you have any favorite stops on the road? Has any place surprised you at all?

Silberman: It’s kind of hard to say, there are so many cool, amazing cities around the country. Usually it’s the smaller towns that don’t expect somebody from LA to come play. Fort Stockton, Texas was like that. Saint Augustine, Florida was amazing. That city was so unexpected, and so historical—the first [founded] city in the country and has such a cool scene there.

417: How would you describe your sound to new listeners?

Silberman: Going solo, I’m really looking to experiment, not be afraid to try stuff. The exciting thing about being solo is collaborating with so many different people. We feature different players, so it leaves a lot of open-endedness. We get a lot of comparison when I’m backing [Jimmy] to The White Stripes.

417: Is there any particular message to your writing?

Silberman: My message is giving hope and positivity through music. Even being on the road, showing women that you can be a woman on the road alone. I’ve done it. You can do it, too.

Bang the drum: Indie artists help each other stay upbeat

Touring, if rock ballads and band diaries are to be believed, can get a little monotonous.

But for Vanessa Silberman and Jimmy Dias, their current jaunt feels new, maybe even a little precarious, each night.

She is a Los Angeles-based Jill of all trades who creates her own music, but also boosts other performers through producing, engineering and artist development. Silberman writes melodic rock steeped in the grit and grunge of the 1990s. He is the heartbeat of The Love Dimension, a San Francisco band that fits neatly within that city’s lineage of great psych-pop bands.

As artists, each marches to the beat of their own drummer. On this tour, those drummers just happen to be one another — Silberman and Dias are trading time behind the drums, backing the other’s set.

Silberman often tours alone; Dias’ band is a rotating collective. So in this case, it made sense to help each other out. Their willingness to get behind the kit typifies the sort of “where there’s a will, there’s a way” most independent musicians adopt.

Sitting in the drum chair, in addition to their other musical roles, has brought growth for both artists. Silberman has written drum parts in the studio, but never drummed live for another artist. Dias has heard his sound expand and deepen by degrees.

Silberman’s sound has put him back in touch with his roots in grunge and punk — among his earliest influences were artists such as Nirvana and Smashing Pumpkins. When she plays Love Dimension songs, they take on a sort of White Stripes-esque quality, he said.

The tour is a marriage of the natural and uncomfortable, of instinct and intention. Dias started out on drums, bringing a rhythmic orientation to his music.

“I think of guitar more as a drum in a way,” he said, with guitar strokes corresponding to snare hits, for example.

Silberman has enjoyed the chance to supply harmonies on Dias’ songs, which naturally leave space for vocal layers.

Both have learned lessons about endurance, pulling double duty each night.

“I have to drum first before I sing,” Silberman said. ”... I use so much energy for playing guitar and singing ... it is so difficult ... for me to drum after that, because I’m exhausted.”

They also have had nightly, tangible reminders about flexibility. That characteristic has to be present to maintain a touring schedule and a musical life, Silberman said.

There are other fringe benefits to the arrangement — both Silberman and Dias joked that loading in and breaking down drums each night has helped them get in better physical shape.

Live at the Historic Melody Inn in Indianapolis

7 arts and entertainment things to see this week

The Love Dimension Live in Portland at Bunk Bar

Here are some videos courtesy of blueheronvideo.  This is from a performance at Bunk Bar in Portland, Oregon on January 27th 2017.

https://www.youtube.com/watch?v=POlXRkoo604  Bound to the Sound)

We just confirmed a show with an amazing line up…Spindrift, The Love Dimension, Os Beaches, The Spiral Electric... 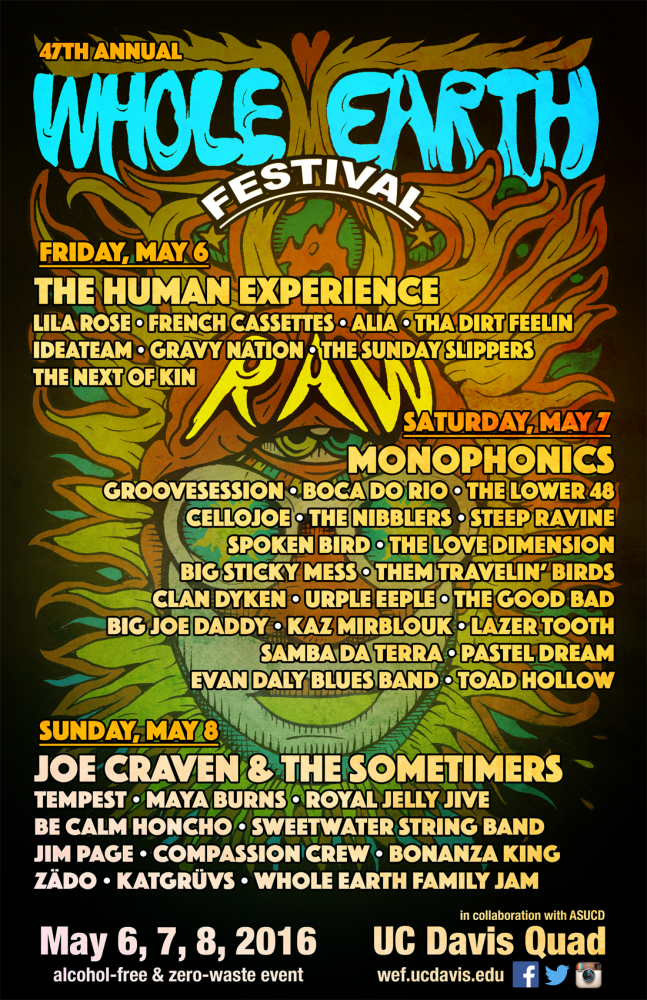 Wow! What an awesome month of May. The tour to the east coast was so fun. So many great memories created. Got to see friends we hadn't seen in while. New cities, sights and sounds.

Favorite shows: Northside Tavern in Cincy, Kung Fu Necktie in Philly, CoCo 66 in Brooklyn and Great Scott in Boston. We had some crazy adventures. Got pulled over by the Utah State Police. Camping and playing music with a generator in Indiana. Confused by time changes. Thrift store shopping. Too much fast food. Not enough sleep. Insane drives like 25 hours from Boston to Omaha and then 30 hours from Omaha to SF. Snow at Donner's Pass and having to buy and put on chains.

Best of all though lots of laughs and good times with good friends. Hope to do it again soon.

Leaving for tour this Saturday!

We leave for tour this Saturday!!! We are all really excited to get on the road and see all of you beautiful people. Check the shows page for tour dates.